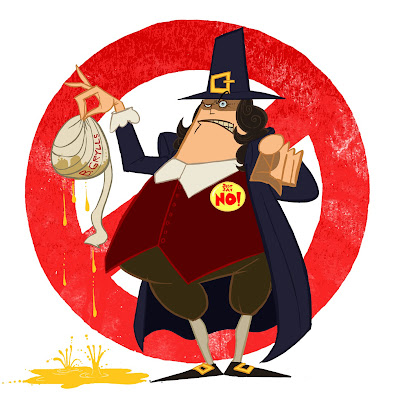 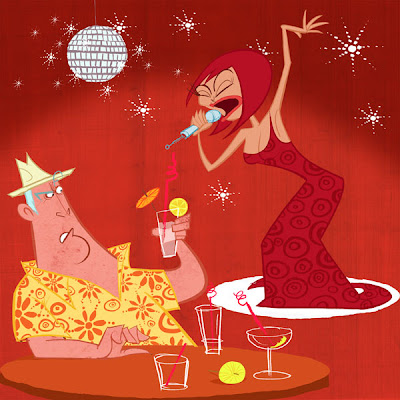 (Article by Michael Holden)
The baggage carousel was once the final circle of holiday hell, a last chance to consort with you fellow travellers before normality resumed and all the strange vacation liaisons faded. Nowadays, people who meet on holiday have the option to haunt one another across the Internet for the rest of time. Good luck to them. The carousel though, especially an empty one that isn’t rotating, remains an arena for strange conversation. While a plane load of people muttered and found ways to blame New Labour for their lack of luggage, two men in their sixties recalled the previous night’s entertainment.

Man 1 “Some of the dancing was quite impressive.”

Man 2 (setting him up) “Yeah, but you’ve seen one whirling dervish…”

Man 2 “That said, the second was much better than the first. He got up to full speed right away. There was no build up. Impressive rate of rotation-relative to the others.”

Man 2 (lapsing into a florid-end of the pier-grin) “Big girl!”

Man 2 “No-she cleared most of the room-including me. At six pounds for a gin and tonic I need more incentive than that.”

Man 1 (poking at the bags that had started dribbling onto the carousel)“It wasn’t like she couldn’t sing.”

Man 2 (channelling the spirit of Cowell) “Quite. It was the wrong choice of song. Why come out with a soppy ballad? Better to have gone up tempo.” 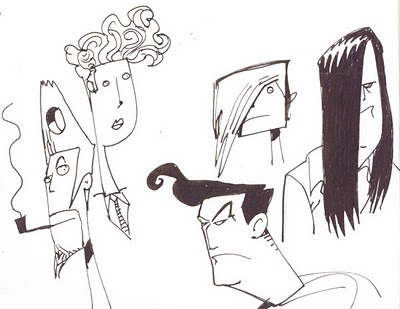 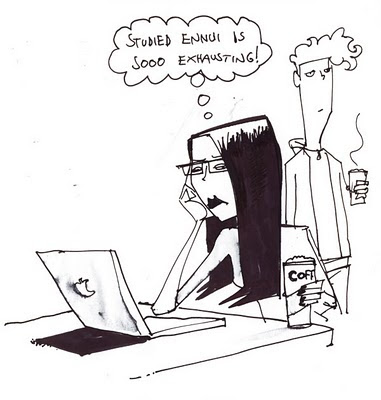 More sketchbook felt-tip bits
Posted by Steve May at 17:16 0 comments I always had a soft spot for old style Cybermen - all tinfoil, cardboard & silver wellies but STILL masters of the universe!
Posted by Steve May at 17:00 2 comments 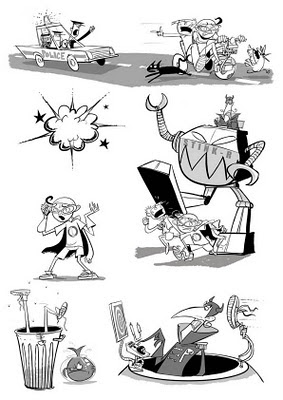 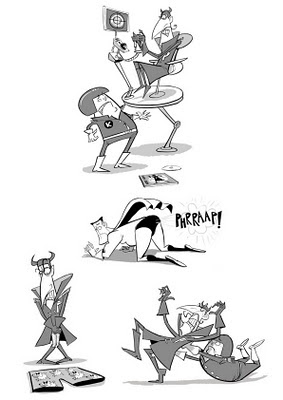 A sneak preview of some of the inside illustrations from new children's book 'Boy Zero Wannabe Hero - Mystery of the Plummeting Pants'(!) published by Faber
you can pre-order it here
http://www.faber.co.uk/work/boy-zero-wannabe-hero/9780571252473/
Posted by Steve May at 16:14 0 comments 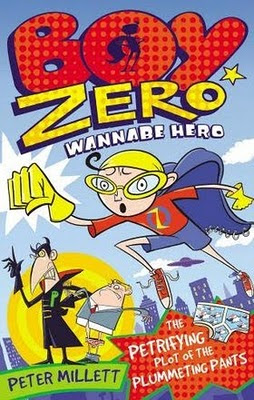 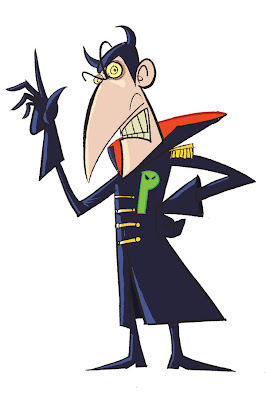 The dreaded General Pandemonium - super villain from a new book 'Boy Zero - Wannabe Hero' which I illustrated the cover & insides for - you can pre order it at the Faber website
http://www.faber.co.uk/work/boy-zero-wannabe-hero/9780571252473/ 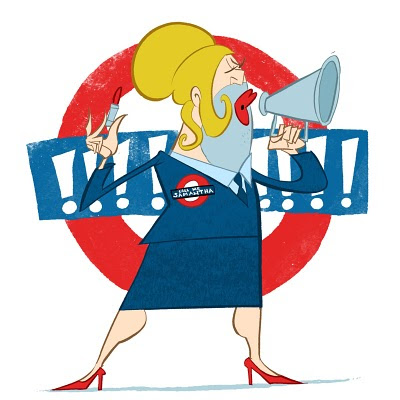 If only tube elocution was was more like this...
...although there's a brilliant announcement at Bank station where THE emphasis is HILARIOUSLY wrong - a bit like those commercials for furniture stores sales where the shop owner has foolishly decided to do it himself rather than pay a proper actor.
Anyone of a certain age from the south east ITV region (always brilliantly shonky & amateurish whether it was TVS, Meridian or whatever) might remember the late night adverts for Folkestone Sunday market where a still photograph with some letraset was over laid with the classic slogan 'bring large bags...& little money, to Folkestone Sunday Market'- they don't make 'em like that any...you get the idea!
Ahem! Article follows...

On a stationary plane the pilot made an announcement explaining that the aircraft must be de-iced prior to take off-hence our delay. He spoke clearly and with authority, this, combined with the implicit reminder that supersonic travel in freezing weather isn't something to be taken for granted quelled the collective sense of displeasure that had been spreading through the cabin. The couple next to me seemed impressed and reassured.

Woman: "They must go to college."

Woman: "They must get training. In how to talk to people like that. So clearly."

Man: "I used to do that. Make announcements."

Man: "I did work experience on the Victoria line."

Woman: "And they let you make the announcements?"

Man: "I think maybe they did it just to keep us busy."

Woman: "What sort of things did you have to say?"

Man: "Ladies and gentlemen, due to a person under a train at Caledonian Roadthere is no southbound service on the Picadilly line."

Woman: "And you used that voice?"

Man: (He gave her a look and then used a measured but nonetheless ridiculous tone, like a professional sportsman reduced to playing a pantomime dame, but determined to make a go of it) "Due to a person under a train there is no…"

Man: "It sounds better over the PA.It comes out clearer."

Woman: "I'm glad you never got the job."

She scowled and turned back to her thick book of puzzles, as though they might prove more soluble somehow than the real world, and the man with whom she was about to go on holiday. . 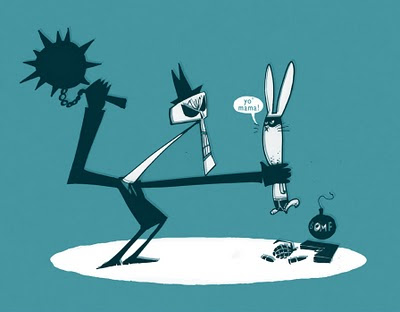 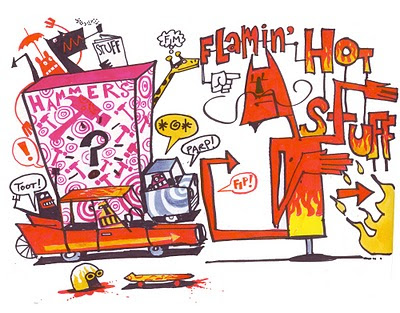 Entrance to hell re-imagined in felt tip
Posted by Steve May at 16:08 1 comments

How a Universal studios monster seaside trip might have looked
Posted by Steve May at 16:31 0 comments 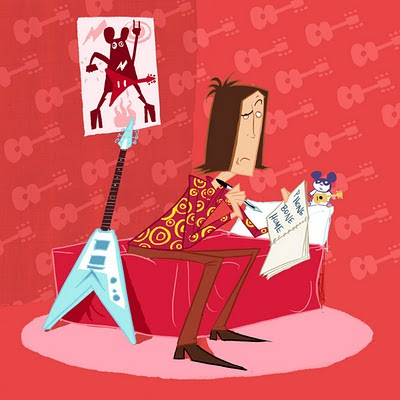 (Article by Michael Holden)
I walked into a pub the other day, where two grown men were arguing at the bar about which one of them might – in theory – have been the better musician, and loitered on the edge of their spat, feeling calm by comparison, as their antagonism flowed.

Man 2 (malign, mischievous) "But I know you're shite."

Man 2 "I just know. I can see you in your room now, writing all fucking lyrics and whatnot."

Man1 "What do you know about my lyrics?"

Man 1 "You talk about it like you know, but what do you do? Sit in your room and play guitar to no one. You've never even been in a band."

Man1 "Who's your favourite guitarist?"

Man 2 (doing sarcastic air guitar motions) "Jeff Beck, man? Did you never see him with that Celtic clasp round his arm? He's lost the plot."

Man 1 "You can't say he can't play because of some … jewellery!" 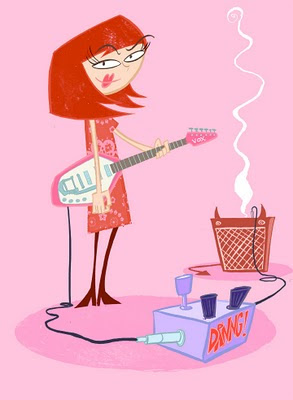 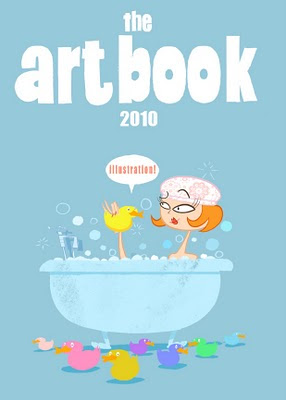 Just remembered this rather duck-y illustration I did for the Art Book cover competition (rejected, but I quite like the ducks so I thought I'd share it)

I've not had a very good run on winning competitions of any form - I won an 'Anti Religious' cartooning competition under 18s section when I was 12, (prize - £20 book token) a short story competition when I was 13 (prize - paperback copy of '1984') & I got my picture into the 1983 Judge Dredd annual (prize £10) but it's all been a bit barren since then - maybe peaked too early?
Posted by Steve May at 11:58 2 comments