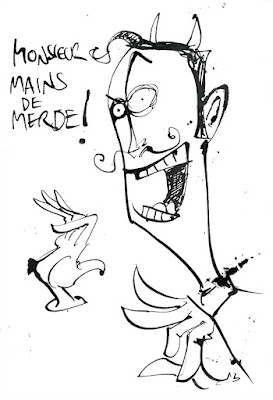 Yesterday whilst wrestling with a particularly tricky piece of drawing which refused to turn out right, I'm convinced I was visited once again by my illustrational alter-ego & nemesis Monsieur Mains de Merde.

Fresh from an alternate dimension of 'crummy drawing' he occasionally* takes over & magically gives me a dubious fictional character based excuse for my own ineptitude.

*To some of my detractors & anyone else who's rejected / ignored my work I realise this may seem to be more than 'occasional' visitations, but as this is my blog, devoted to plugging my work let's draw a veil over them
Posted by Steve May at 10:53 0 comments 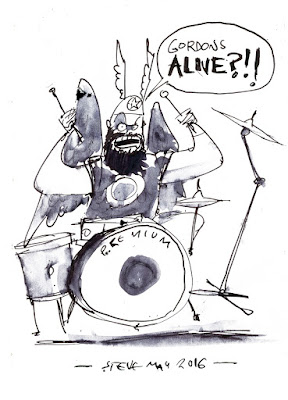 I drew this while frothing at the mouth in response to ANOTHER depressing news article about residential property developers attempting to close down venues / clubs etc. which have operated for years due to noise, this time affecting the Curzon cinema in Mayfair.

My radical plan is next time property developers build flats next to long established clubs / cinemas & complain about noise, I propose crowdfunding & installing a continuous hologram of Brian Blessed with wings playing a f*** off drum kit!

Note to self, never upgrade your copy of Photoshop when you're in the middle of a job...
Posted by Steve May at 18:14 0 comments 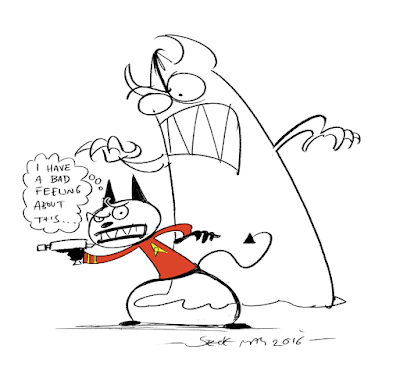 In memory of all those hapless red-shirts x
Posted by Steve May at 16:18 0 comments 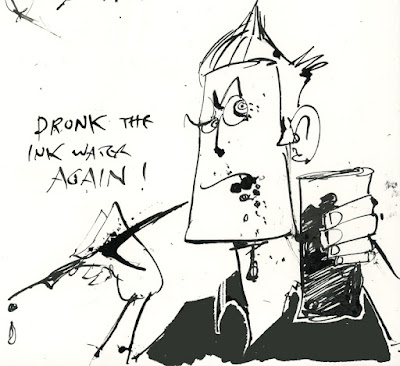 The perils of confusing your water vessels whilst drawing (illustrator problems)
Posted by Steve May at 15:44 0 comments

'Never Drive a Car When You're Dead' 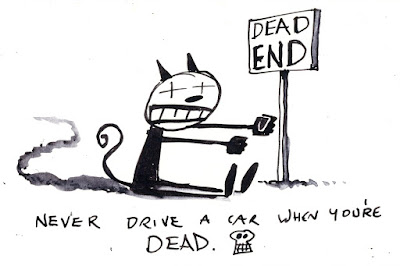 (sage advice from Mr Tom Waits' 'Telephone Call From Istanbul' from Frank's Wild Years )
Posted by Steve May at 12:41 0 comments

Some sketches from Festival Number 6 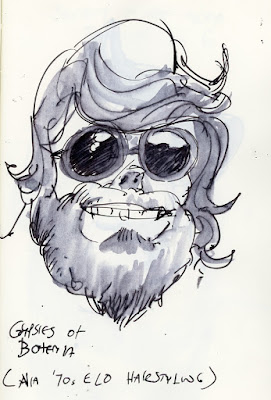 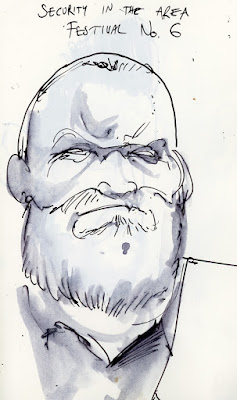 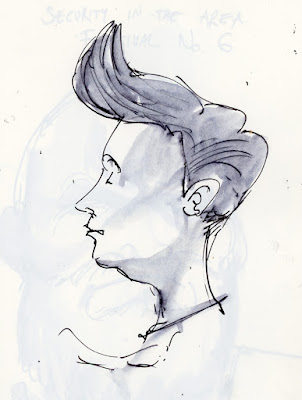 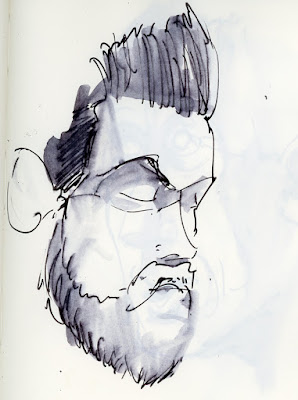 A few sketches from Festival Number 6 including a man who seems to have ELO's stylist from 1978 & the security man with the BEST expression ever!
Posted by Steve May at 16:12 0 comments