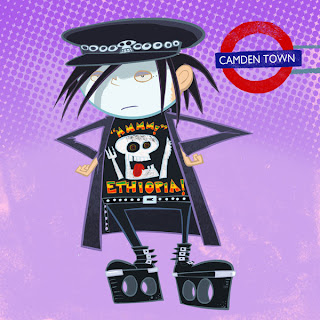 Also finished at breakneck speed prior to going to Japan - ha ha! I LOVE GOTHS THEY'RE ABSOLUTELY BRILLIANT!

I was a shocked on a recent cinema visit to find that the process of buying a ticket had become totally automated and that there was no human being in the lobby who could tell you about anything other than the price of sweets. The queue for these refreshments was thus horrendous, but, thirsty as I was, I had to join up and wait. As I wrestled with the familiar sensation that everything that makes life bearable is being systematically destroyed, I noticed that the couple in front of me were talking about television.

Man “ Did you see Panorama, about how china are funding the Sudan? Brilliant! The trouble is China will never go on the record as saying anything.”

Woman “ I took the boys to Camden, they absolutely loved it, Max bought a sort of a cap.”

Woman “They were saying, ‘everyone here is crazy, if you dressed like this at home you’d get slated’. And it’s true”

Man “Do the kids take after you, you think?”

Man “I can’t stand that place.”

Woman “There you go then.” 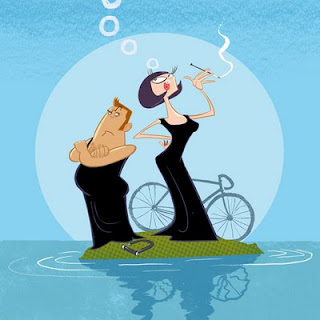 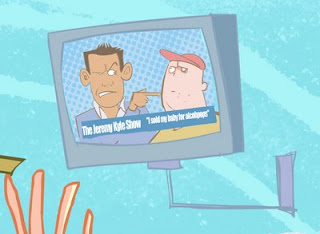 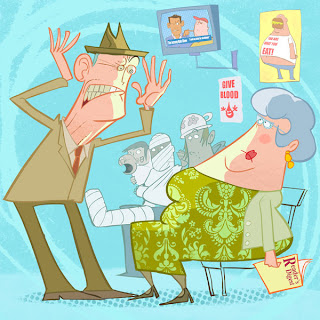 Spend enough time waiting in hospitals and you find yourself noticing that your fellow patients can be split into distinct types, each having developed different behavioral traits based on the extent and nature of their experiences with the health service. A recurring character is the “Angry Optimist” who believes the way to overcome long waiting times is through verbal indignation based on a sense of perceived injustice. Though they may have a point, it is far from the Zen mindset required to wait four hours for an appointment you were half an hour early for anyway, as the two people I watched unravel last week demonstrated.

Woman:(in her 70’s, indignant) “I was first here, we should be the first to be seen. Why are other people called first?”

Receptionist:“That’s not how the clinic works.”

Receptionist: (with audible envy) “She’s moved to the pharmacy.”

Receptionist: “There’s nothing I can do about that.”

Man: (the woman’s husband, who it transpired was the one who had the appointment) “Yeah, just sit down.”

The woman sat down but carried on complaining quietly to the man until he’d eventually had enough.

Woman: “But we were here first. Where are you going?”

Woman “Say something to them.”

Man (almost in tears) “Will you shut up for five minutes? Will you please just shut up and stay out of my head?”

That did the trick. Five minutes later they called his name.