Guardian All Ears 31st May 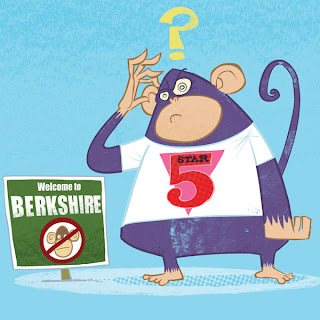 Five Star haven't figured in my imagination for quite a while but this week's copy for 'All Ears' has changed that irrevocably....


I was in a bookshop whose layout made no sense to me, searching for something but not about to ask for any assistance when I noticed a couple talking to one another across a giant display of discounted hardbacks. They spoke so loudly the subtext of their conversation seemed to be ‘Check it out everyone, we’re in a bookshop!’ Perhaps it was their first time.

Woman (leafing through a huge volume of collected British pop facts) “Were Five Star from Britain?”

Man (genuinely surprised) “Are you kidding me?”

Woman (miffed, showing him the book) “Well they’re in here…”

Man (Essex accent becoming more pronounced) “I can’t believe you asked me that, they’re from down my way innit? Romford. ‘System Addict’ that was a tune. When did it come out? ”

Man “Whoah, that’s what, twenty odd years. This is making me feel old now. What was the album?”

Man (excited) “Silk and Steel! Oh yeah, I had that. What happened to them?”

Woman (annoyed with the lack of further information) “I doesn’t say, this is just lists.”

Man “I remember they moved to a big house. They had a private disco and a fair and all that, like Jacko. Cars, you name it. Except this was in Berkshire maybe, they left Essex, I remember that.”

Woman “Did they have a monkey?”

Man “Not in Berkshire. I don’t think they’re allowed.”
Posted by Steve May at 11:25 0 comments

Things I hate Pt 5a 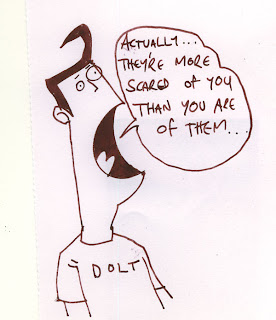 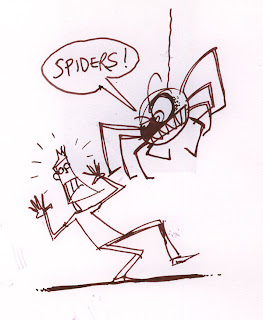 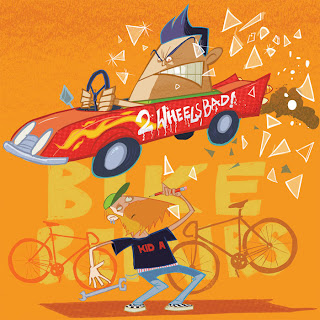 Man (looking about him with disdain) “Innit. I might learn to drive, drive the car through the bike shop window…”
Posted by Steve May at 10:23 0 comments 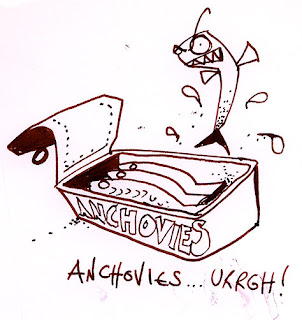 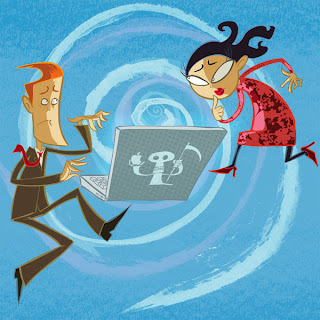 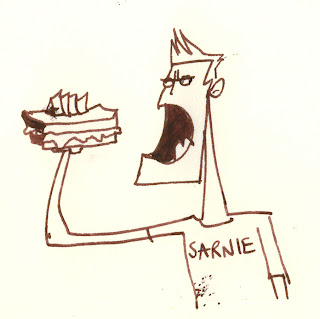 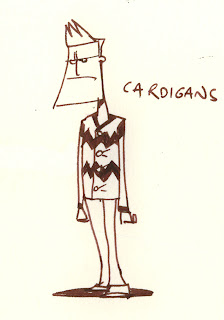 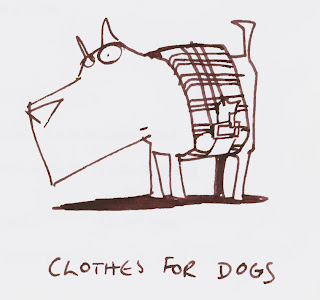 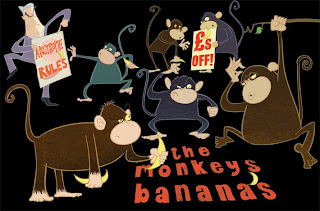 Guardian Guide - before & after 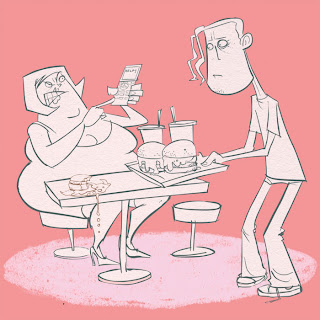 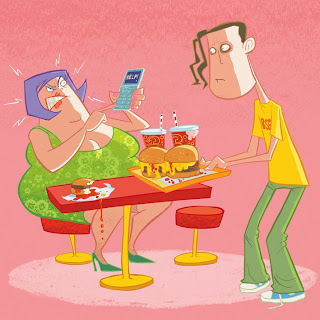 New artwork for the Guardian Guide May 10th - thought I'd stick the rough up too for your perusal
Posted by Steve May at 09:42 1 comments