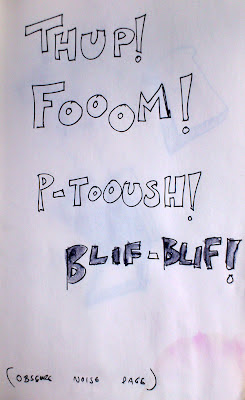 A page of obscure noises
Posted by Steve May at 18:05 0 comments 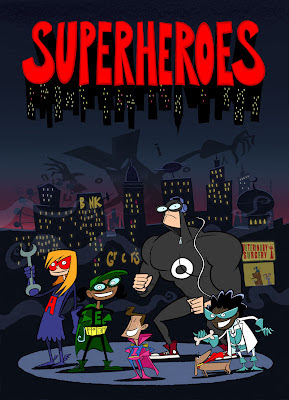 The Superheroes exhibition I've been designing with the Discover Children's Story Centre in Stratford is opening this Sunday 1st April!

(To celebrate the opening of Superheroes on Sunday 1st of April the centre will be free all day. Book tickets on 020 8536 5555)

http://www.discover.org.uk/whatson/event/superheroes
Posted by Steve May at 14:45 0 comments 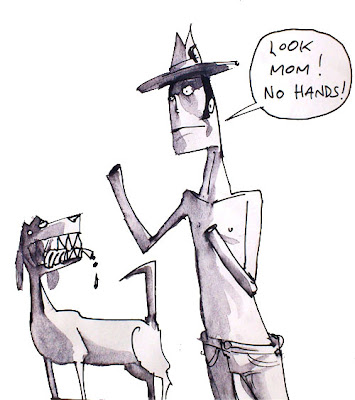 ...this would be very ruinous to my career.

That's all.
(maybe eschew the pork mittens next time?)
Posted by Steve May at 14:04 1 comments 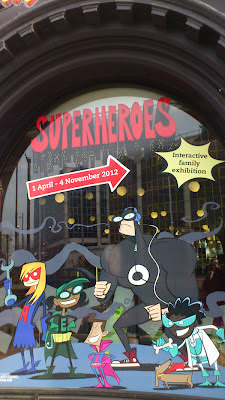 Over the last few months I've been working with the lovely team at The Discover Children's Story Centre designing for an interactive Superheroes exhibition which opens on the 1st April through to the 4th November - I was at the centre yesterday & it's all looking great so here's taster of the display window...more to follow 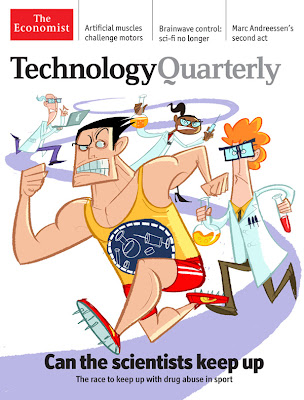 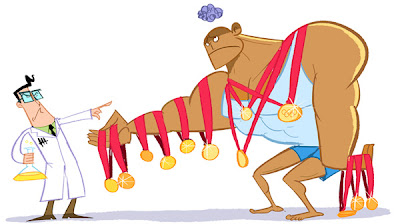 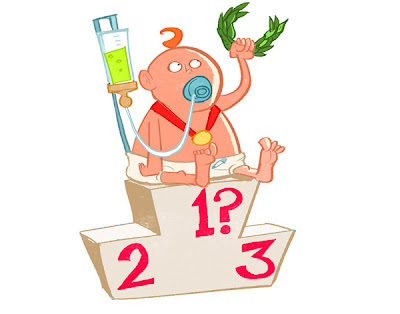 (They also indulged my delving into the murky world of Inca coca leaf chewing, Viking psyllocybin abuse & other drug abuse in the ancient world which was alluded to in the article along with some gratuitous 'biros in lab coat' scientist clichés!)

For previous work for The Economist click here
Read the article here
http://www.economist.com/node/21548498
Posted by Steve May at 12:52 0 comments