Supernan's Day Out - behind the scenes 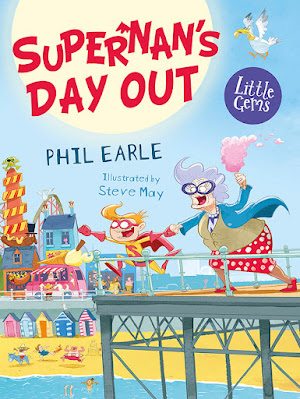 In celebration of the publication of Supernan's Day Out, the sequel to Superdad's Day Off & the 4th collaboration between me & the brilliant Phil Earle I thought I'd share some of my process & initial sketches for the book.
Being brought up by the seaside reading superhero comics the British seaside resort & superheroes are subjects very close to my heart so in Supernan I had to opportunity to indulge myself in both so that's a bit of a bonus! I decided to base the seaside resort on an amalgam of Blackpool, my hometown Hastings with a little dash of vintage Coney Island into the mix 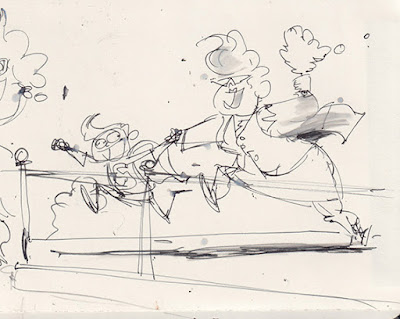 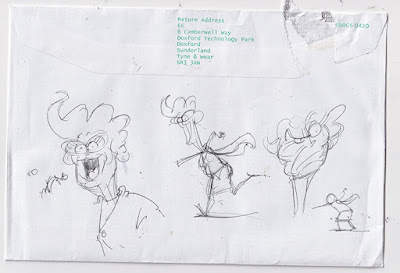 This was my very first sketch for the cover which is hidden away on the back of my sketchbook. At this point I hadn't read the book but I'd seen the precis & we wanted to echo the wraparound cover from Superdad's Day Off. Here's some more early pics of nan (on the back of an envelope!) 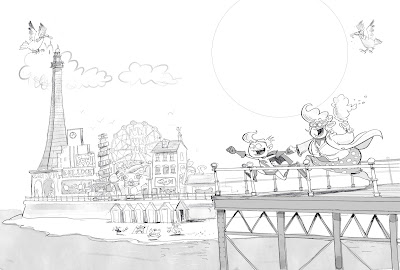 This was my initial rough which I sent to the publisher. They liked nan's styling but Phil thought nan needed to look a bit older & more frail so I had a little rejig. 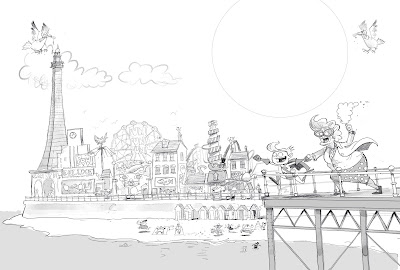 They liked this version so I added a bit of colour... 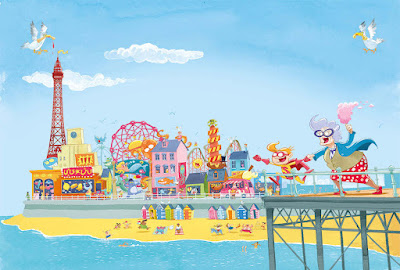 (& added a sneaky cameo of me with an inflatable fish & an ice lolly shhhh!) 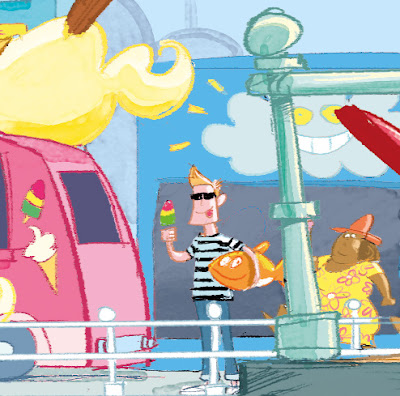 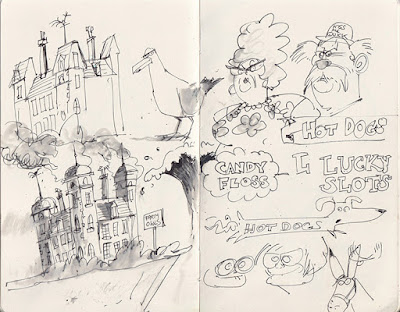 A few more sketches of the clifftop hotel being drenched by a tidal wave & my first sketch of Gladys, Nan's best friend 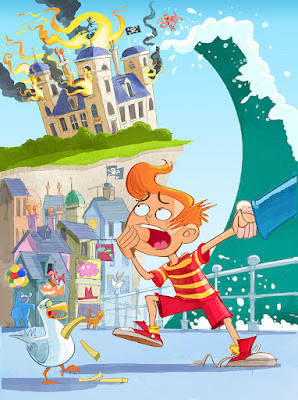