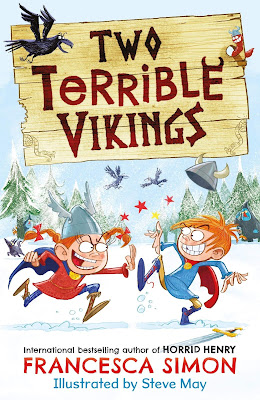 I'm very excited to announce that my first collaboration with the brilliant Francesca Simon (bestselling author of Horrid Henry among many other things!) Two Terrible Vikings is published today 4th February 2021 by Faber.
It follows the exploits of the terrible twins, Hack and Whack, who are PROUD to be the best worst vikings. Along with the wonderfully named Bitey Bitey the baby wolf nothing stops the marauding pair as they steal boats, loot a birthday party, track a troll and sail off to raid Bad Island with their friends Twisty Pants and Dirty Ulf.

I've always had a soft spot for all things Viking & a spot of Norse mythology so this felt right up my street (fjord maybe?) you *might* just spot Hugin & Munin, Odin's ravens lurking throughout the book & I found myself looking at Runic script to see how a Viking might have written 'No Spitting' - nothing like doing your research eh?

I found myself regularly laughing out loud as I drew this which is testament to the brilliance of Francesca's prose. The book just romps along & especially as a formerly rather timid kid I immediately wanted to be in Hack & Wack's gang! Particular favourites were Bitey Bitey the twins' pet wolf & their friend Dirty Ulf - I had a ball drawing this book & hope it shows.

The majority of the book was drawn on my kitchen table during the first lockdown in Spring 2020 which was mainly a horrible, difficult time for me but I felt like I could live vicariously through the twins' joyous anarchic spirit which was a wonderful tonic.

I hope you enjoy it as much as I enjoyed drawing it.

Anyway don't take MY word for it, here's a couple of nice reviews

“As joyously anarchic as Horrid Henry himself, these two little boy and girl Vikings will have your children laughing out loud.”
- CRESSIDA COWELL
“Viking twins Hack and Whack make me thank Thor and Odin and the whole Norse pantheon that I don't have to play with them in real life! A treat for kids who wonder what could happen if they broke every possible rule, but so ridiculous that they'll forget to try because they're laughing too hard. Steve May's illustrations burst with wild energy; I genuinely guffawed at his drawing of a pin-the-tail-on-the-ogre game. A wonderfully absurd, anarchic romp.”
- SARAH MCINTYRE 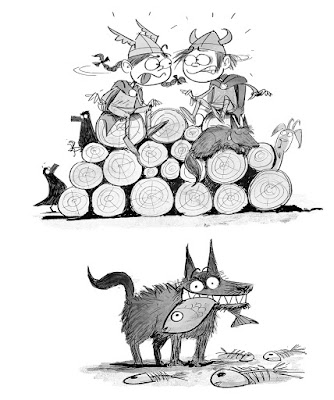 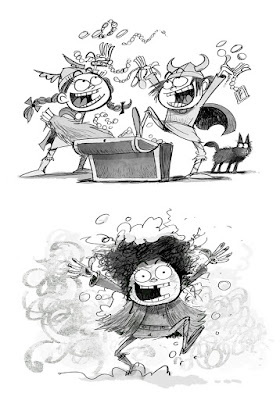 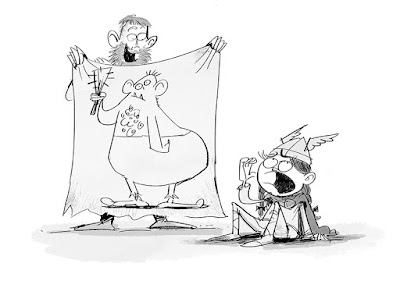