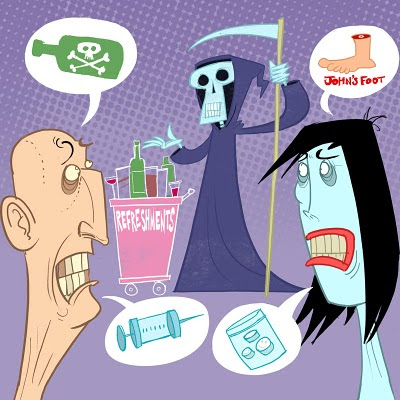 Later on the drinks trolley came wheeling past; the couple waved it by.
Posted by Steve May at 09:59

Exploding stomachs!!!! Bone in pocket!! My god man, is this the William Burroughs express!!!

Have you ever been on Network South East - that is truly terrifying!