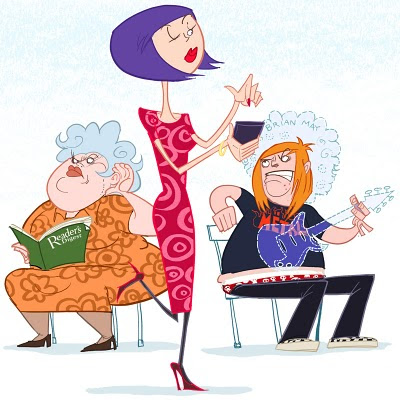 That Brian May (no relation) made his guitar out of a fireplace he did...etc.
As a real-life guitar hero(!) I find the whole concept of Guitar Hero rather puzzling, read on...
See the original article here
(Article by Michael Holden)
For a swift antidote to the optimistic platitudes of new year, there's nothing quite like hospital waiting rooms, where any rogue act of exuberance is swiftly countered by the collective frowning of the preoccupied majority. It was here that I saw a woman standing up in a room full of seated people, typing on her Blackberry and looking up occasionally to see if she had stopped acting like she shouldn't be there. An elderly woman and her adult son sat by my side.

Son (reading a text) "Guitar Hero, I wonder how he's getting on with it?"

Mother "You got him playing it?"

Son "Of all the versions I've bought – and I've bought five – there's no Jimi Hendrix on there."

Mother (diving deep into her own past) "Burt Weedon? Duane Eddy?"

Son "No. Stones, a lot of Bon Jovi. That's some frantic playing."

Son "Yeah, Queen are there."

Mother (eyeing the standing woman with disdain) "I dunno what she's playing at."

Son (holding thumb and forefinger together to indicate the woman's lack of long term illness) "I saw the size of her file – it was stick thin."

Son "I'll get you some shopping later."

Mother "Why don't she sit down?"

Son (most assuredly) "She will."