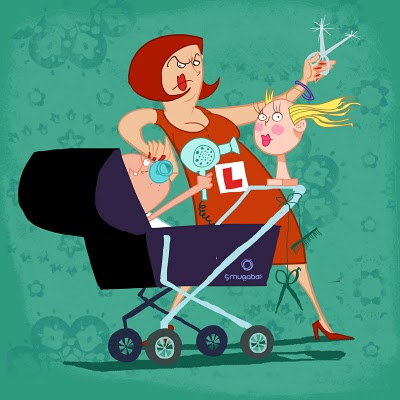 Deficit or no deficit...you gotta buy a Smugaboo©
http://www.guardian.co.uk/culture/2010/jul/24/michael-holdens-all-ears
(Article by Michael Holden)
If you thought all the people who know exactly how the world works and yet seem miraculously uninvolved in actually solving any of its problems were confined to the Internet, think again. Off for a haircut, I wound up in a chair next to one of them, and spent the entire trim noting the abundance of sharp objects in the vicinity and the lack of legal ways in which one might persuade him into silence with them.

Man "There's no deficit. The whole thing's a bloody myth, a sham."

Man "It's obvious. You wait. It's just a way for the government to renege on its responsibilities. There's plenty of money there, I can assure you."

Man "I mean, what are they gonna do. Just tell all these single mothers that they have to go and find a job?"

Man "That's a pity, cos you guys are great. I mean, you're the kind of people that should be encouraged."

Barber "Why would I wanna come over here and spend a million baht on your single mother?"

Man "Well, that's what I'm saying. You shouldn't have to, because the money's there …"

He had no immediate answer for that. No doubt his trenchant online persona would formulate an answer in due course.