As it's Doctor Who's 52nd birthday today. I sometimes like to sneak the odd extraneous detail into book illustrations for the eagle eyed... (& slightly geeky) This is from The Diary of Dennis the Menace - Canine Carnage 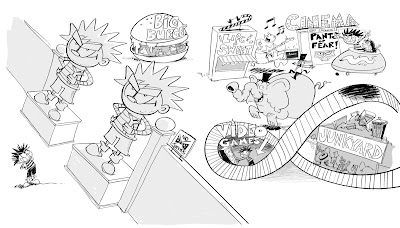 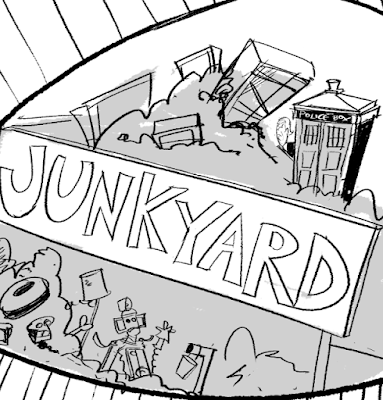 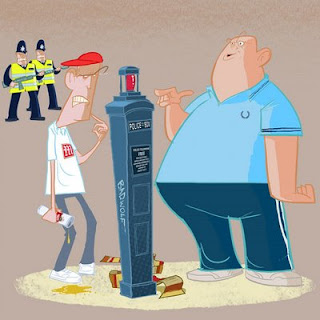 By a mainline station there is an old police call post, nothing more than a thin blue pillar that must once have held a telephone and fitted with a sign confirming it’s dereliction advising those in need of help to look elsewhere. Any resemblance to its celebrated relative in Dr Who is negligible, but on a match day afternoon I watched it beguile two tipsy fans as they tried to make their way home.

Fan 1 (quite fat, clearly the leader) “Where the fuck are we?”

Fan 2 (smaller, younger, confused by disposition as much as alcohol) “Station innit?”

Fan 1 (getting excited) “It’s the whatsit, it’s the TARDIS!”

Fan 2 (looking a bit annoyed) “That ain’t the TARDIS…it’s just a thing.”

Fan 1 (seeing two policemen approaching in the distance) “Go ask them coppers where we are.”

Fan 1 (calling after him) “Ask them if this is a TARDIS!”

The younger man ran up to the police, talked to them and then ran back.

But as they arrived he noticed they were heavily armed and as though the alcohol afforded him a vision of an all too feasible future where pratting about is a capitol crime, he elected to say nothing at all.