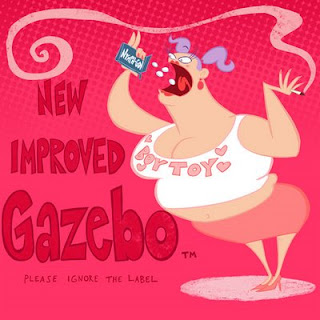 Bloody paper credited this to someone else this week - sandle wearing bastards!


Midsummer, midweek, mid-afternoon and bad weather proved no obstacles to the group of women with whom I shared a smoking area outside a pub on the edge of a park in Humberside. Their alfresco healthcare debate was evidently not a forum that could be curtailed by drizzle, commitments and ignorance, or any combination thereof.

Woman 1: (righteous, animated, slightly outraged) “She asked me to save her half of my cig, I said ‘I ain’t doing that, you’re on medication.’ She says, ‘Not anymore!’ I said well what were them tablets I see you taking?”

Woman 2: (anxious for an outcome, partly because she seemed desperate to say something judgemental) “So what did she say?”

Woman 1: “ She said, ‘don’t worry about those, them’s me medication ‘cos I am a nymphomaniac!’”

Woman 2: “What’s she on about, nymphomania tablets?”

Woman 3: “She’ll be making all that up. You don’t wanna believe a word out of her. She wants truth drugs, never mind bloody sex pills.”

Woman 1 “Yeah but she had them tablets, those tablets that they give you when they’re not real tablets, what are they called?”

Woman 2 “I don’t care what you call it, it’s just an excuse for being a slag.”

And having reached a verdict they crushed out their cigarettes beneath their feet and went back inside.