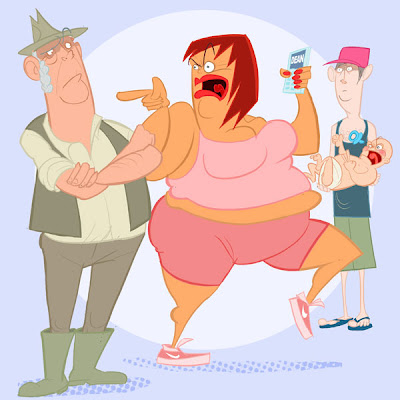 Faintly uninspiring colour scheme this week - sorry!
(BTW for further ruminations on rural unpleasantness check out the genius 'Hard Life in the Country' by the Fall - wonderful stuff!)

(Article by Michael Holden)
Spend most of your life in the city it’s easy to drum up the notion that out there in the countryside everyone’s more laid back. Go there though, and the truth reveals itself soon enough. People in the country are as demented as anyone else, it’s just that you have to go there to find them. The problem is species wide. Our malice knows no postcodes, I thought, as I watched people unravel in the reception Portakabin of a campsite in the middle of nowhere.

Woman 1 “We just want to put her tent next to ours.”

Site Manager (enjoying himself) “Then you’re a group.”

Woman 2 motioned to a young man who had been loitering in the car park who then entered the office holding up a baby.

Site Manager “I says you’re a group, and we can’t have no groups. Baby or no, that’s the end of it.”

Site Manager “Yeah, well listen to this. They ain’t staying here, and you can pack up and leave and all.”

Site Manager “Get out of the office, get off the site.”

She marched out past me yelling at the other as they walked.

Woman 1 “Get Alan on the phone and call Dean. Get ‘em the fuck down here!”

I thought it best to leave before Alan and Dean turned up and kicked the life out what was left my esteem for humanity. 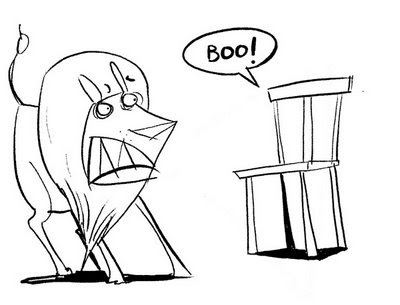 A lion being menaced by a wooden chair - the lion's only natural predator
(hence the Lion Tamer's tool of choice)
Posted by Steve May at 15:04 0 comments 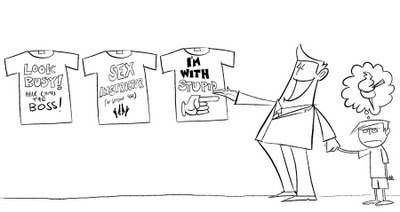 The Feeble T-Shirt Slogan Museum
Posted by Steve May at 17:12 0 comments 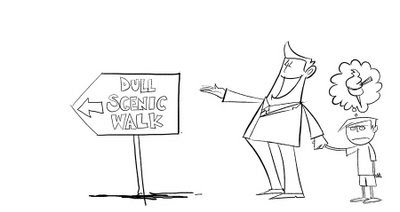 (as an adult I feel slightly guilty about betraying my 6 year old self - sell out or what?)
Posted by Steve May at 17:10 0 comments 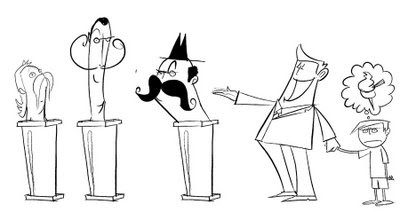 Museum of Facial Hair
Posted by Steve May at 17:09 0 comments 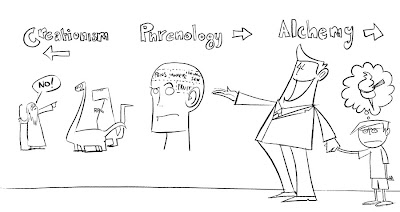 Museum of Discredited Scientific Theories
Posted by Steve May at 17:07 0 comments 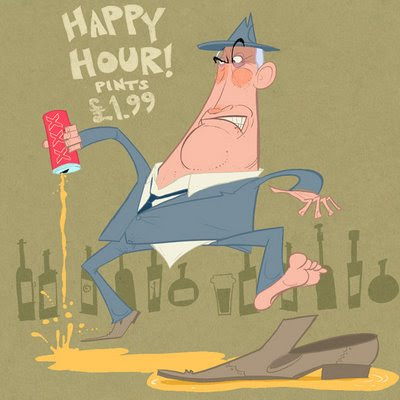 (Article by Michael Holden)
I was early for an appointment on what felt like a busy morning and so I ducked into a pub. A pub that, was selling beer for less than two pounds a pint and had thus become a haven for those more thirsty than employed, in this case two old chaps who were asking the barman what plans he had to avoid spending the rest of his life where they had elected to spend theirs.

Barman “There’s no beaches or anything. It’s landlocked.”

Man 2 “You’ve to finish your studies?”

The barman walked away, doubtless thrilled with his commendation and the two men talked amongst themselves.

Man 1 “You know I’m on the disability now? Sixty pound a week.”

Man 2 “I woke up with one shoe on and one shoe off the other day. I might give up drinking.”

Man 1 “The one where he’s fucking drunk!”